Hello all! Is it really already August? I suppose it is! Despite good intentions I did not post any blogs at all in July… Although the Californian sun rays inspired me so much so that I could have burst out of my (imaginary) seams. Nonetheless being constantly on the go meant that time and tiredness was not on my side. This resulted in many of my blog ideas remaining as “drafts”. To get back on track to where I left off, let’s have a quick catch up on what’s been happening in the world…

WELL, for all of the British out there we were on the edge of our seats watching Wimbledon and do I even have to mention the Football World Cup… We so nearly brought IT home. Love Island took over our TV screens throughout those early Summer evenings and Mamma Mia: Here We Go Again arrived to our cinemas at a convenient time to bridge that heart shaped hole in our lives. Quite rightly, this is now the soundtrack to Summer 2018. In the midst of all of this, there was also my trip to California and New York – hence the lack of blogging! Despite this momentary tumbleweed of silence on Nataliatalksabout, I am full of stories, tips, reviews and a nice golden tan to share with you (had to be said- we all know it’s going to be wearing off soon enough). Therefore I have decided to begin a new series on my blog called “The California Travel Diaries” where I can finally dedicate the time to talk about my trip.

As I began writing this first post to my California Travel Diaries series I realised just how much there was to tell you. And if you have been to America you know just how much there is to talk about. If you are planning any trips to California, hopefully this series will help you out with an itinerary or at the very least convince you why you should visit the state one day. Getting a taste for travel was very important to me this Summer and whether you love to travel or dream about travellin, this series will definitely be for you.

“I left my heart in San Francisco” Tony Bennett

Everyone knows how much planning there is to any trip let alone for a six week trip! For this post I will be focusing on how I planned the start of our travels which set the tone for the rest of the road trip.

I was traveling with my boyfriend and we decided to try and beat jet lag as well as save some pennies by flying from London Gatwick to New York JFK Airport first. We stayed in NY for a couple of nights first before heading back to JFK to fly to San Francisco. Although it was a bit annoying taking so many airport trips close together, this in fact helped me beat jet lag!

Officially beginning our Summer adventure in Northern California in Fog City, the City by the Bay, SF, Frisco or plainly The City (if you’re from the area), we spent 3 days in San Francisco. For the budget traveller like myself, I would definitely say that this is a good amount of time to explore SF and get a feel for the city whilst leaving you with wanting more! 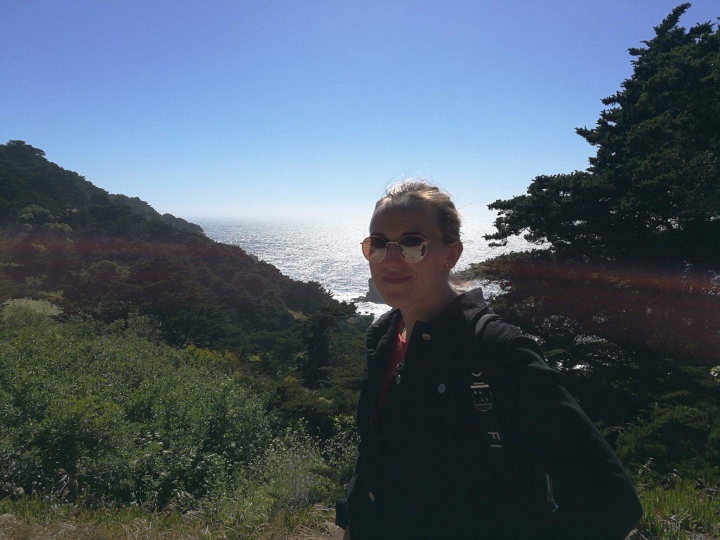 San Francisco has the reputation of being a beautiful, windy and tech central city thanks to the numerous companies based in Silicon Valley – hiya Facebook. The latter particularly being clear even upon arrival to the airport. Okay you may think an airport isn’t worth a mention, but once you are travelling you really appreciate a good airport! It was so modern, easy to navigate and their restrooms looked like a 5* hotel. If you have a long haul flight over to the States you will be thanking me later that you had the chance to freshen up there.

In my post Life Update: I’m Going Travelling! I told you that I was going on a Californian road trip, which means lots and lots of driving. Although this was so much fun, finding an affordable car rental company was an effort. We knew that SF has a good public transport system (unlike the rest of Cali), so planned not to pick up our rental car until our next stop. As it was going to be essential to drive for the next 5 weeks throughout the rest of California we were happy to delay the driving for a while. This wasn’t a problem as there is plenty of free wifi available in most cafés and restaurants, so you can order an Uber here and there when necessary.

Unfortunately you may have heard (quite rightly) that San Francisco is quite an expensive place to travel around and I would imagine, to live in. Nonetheless do not let this put you off on having San Francisico on your bucket list! It’s such a beautiful city with a refreshing energy. Let’s just say that I now know why Tony Bennett sang “I left my heart in San Francisco”. You can also listen to ‘San Francisco’ by Courier for a more ‘modern’ rendition. 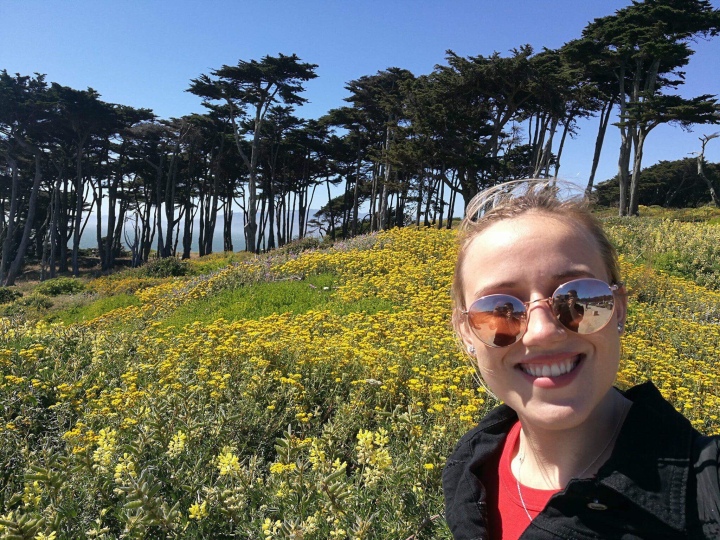 As always, choosing accommodation can be relatively daunting especially when visiting a completely new city, state or let alone a new country. I stayed in the Outer Richmond district in SF; a really nice, colourful, safe and quiet part of town to explore by foot or by car. It is approx. a 30 min Uber ride away from the airport (I guess an “Uber” distance has become a new metric for millenials). When we met locals some asked why we decided to stay in this area. If I’m honest it was the cheapest and nicest Airbnb that we could find on our budget, but by no means were we disappointed. My boyfriend and I paid about £85 per night for two people with the extra fees e.g. cleaning and booking included. Between us this was the same price as a hostel in the centre of SF, but it meant that we could have our own private bedroom, more space and our own bathroom. Plus we didn’t mind travelling into the centre as we saw it as an opportunity to absorb even more of the city!

I think that covers the basics for San Francisco which leads me perfectly to our day by day itinerary. Keep your eyes peeled for the next installment of the California Travel Diaries or you can subscribe to my blog to receive emails for (once again!) regular blog updates.

If you liked this post you should check out:

What’s in My Travel Bag

10 thoughts on “The California Travel Diaries | Welcome to San Francisco”